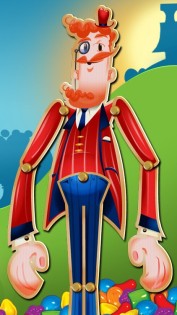 When I first played Candy Crush at GDC 2013 in San Francisco, I was offended by the condescending circus cartoons that seem to mock your progress (or lack thereof) at every turn. I quit playing after one game thinking, Pokemon Puzzle League is so much better than this.

Fast-forward 3 months and I’m sitting on the subway in London. My partner is sitting next to me crushing candies, and I am bored. He eventually waves me away; Get your own game, he says.

I’ve crushed candies most everyday since; but I think my friends believe that the game has been playing me instead. END_OF_DOCUMENT_TOKEN_TO_BE_REPLACED